Home History The most shocking scientist experiments in the world .Shocking Experiment

The most shocking scientist experiments in the world .Shocking Experiment

The most shocking scientist in the world 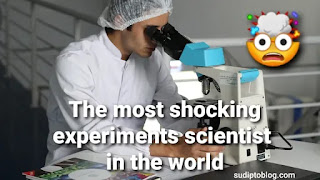 If you know anything about science, then you must know that no matter when science believes the correct evidence is given, scientists work hard for their own experiment. Experiments that are absolutely from our social point of view Inappropriate.

Yet the scientists did them. They were all experiments that the government did not take the time to send these scientists to jail after all the experiments you could say shocking.

And you can call all these experiments scientist crazy, but by doing this experiment you will certainly know something new and that is the sole purpose of this blog.

First let me talk about a strange experiment in 1907 that was conducted by a scientist named : 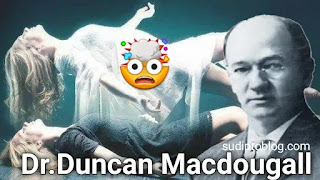 These scientists try to measure the weight of the soul.


It really seems strange that there was something in this experiment that determined 6 patients who were supposed to die very fast, were placed on a weight measuring machine just before their death, so that patients could be weighed before they died, and then weighed.

Then there was no difference in weight of the last one, but after a minute his weight dropped to 28 grams.Due to the fact that each person is different, it is not possible to prove the weight of the soul The result here is that after death, changes in weight occur as a result of physical changes in humans.

Another such experiment took place in 1934 Where the dead are tried to live This experiment was done in the US by a popular doctor. Name:


He thought that if blood could be restored to the body of the dead, it would be possible to bring the dead to life

Because the blood flow to the dead person's body is blocked, he identifies a few patients for this expression and then injects a chemical called Adrenalin into the vein, thereby diluting the bloodstream, which results in rapid blood flow to the vein and then to a dead bed. The person is laid down, and the bed begins to squeeze loudly.

So that the blood flow started quickly, but even then the dead person was not resurrected Then she applied it to a dog, then surprisingly two out of five dogs came alive. But the three dogs did not survive. The Experiment wanted to take it further, but the American government banned such experimentation, because accidentally killing a dead person is totally unfair.

Some years later an experiment was made in Russia in 1940 where scientists tried to keep a dog's head alive.

The head is separated from the dog's body for this experiment Then to keep it alive, a machine's bloodstream is introduced After the onset of bleeding, there is a slight change in the dog, such as shaking of the ears, shaking of the eyelids when the light falls in the eyes, or a lick of the nose with the tongue, or science is called Response to Stimuli.

You will find many videos of this experiment on YouTube This has led to a lot of confusion. The Experience has a lifetime ban. Because, this is considered as Animal Avoidance One of the basic rules of life and death as a civilization is to joke with nature about trying to bring the dead to life.

Then in 1963 there was a scientist whose name:

This scientist wanted to know how Hitler's orders were cruel to people over the years. The experiment was a psychological accident, usually involving two people There was a teacher and a person who could hear two people talking to each other but could not see each other.

The teacher of the experiment was asking some questions to the two men who were there: They were given electric shock for a wrong answer. From this, the result is that a person obeys his boss in such a way that he is not angry with his boss. Either of these uses have a lot of real impact, they should not do anything by scaring the boss.

As a result of this experiment, people criticized the scientist, and called for termination of the experiment.

During the Second World War, thousands of expressions were made This was the only reason for the experiment, so that Hitler would do all the work Josef mengele was called Angel of death for medicine and treatment

When the kids came to this doctor, he looked at everyone terribly, and to see if there were any twins, because he was mad at the twins. Because of the different types of experiments that twin babies put together, the twin babies used to have the disease called gangrene, and they died horribly.

There were also different types of experiments For example
Putting people in a chamber of commerce, killing them in ice, separating the internal organs from the body, changing their gender. On hearing this, someone's hair was forced to stand up.

Please let me know if any experiment written by the visitor's blog that you feel is immoral.

Follow our blog to find all the more exciting thrilling posts.